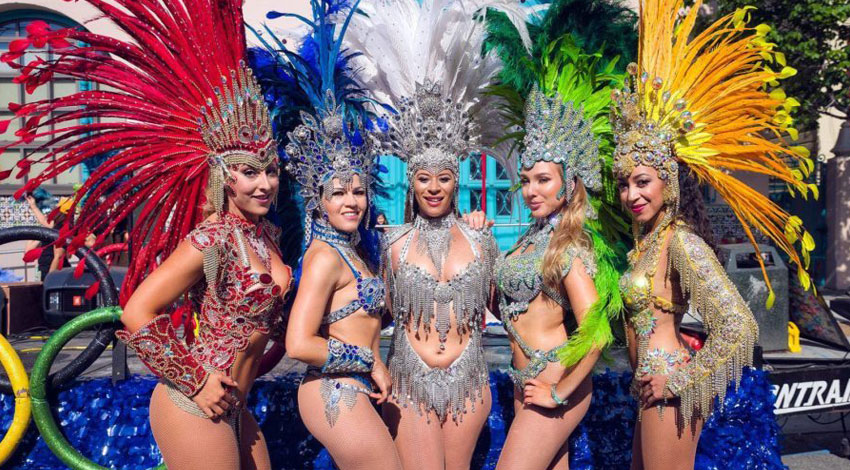 Why do people think Italian Schengen Visa is a good idea this March?

Why do people think Italian Schengen Visa is a good idea this March?

As the month of March draws nearer, a certain air of exuberance & flamboyance begins to hover over Italy. The natives brace themselves up to welcome forth coming festivities & interesting events with great ardor & gusto. No wonder, holiday makers from across the globe are looking for ways to get their Italy visit visa materialized & escape in the vibrancy of Italian festivals.

Jam-packed with a plethora of events & celebrations, the month of March in Italy is defined by high-spirits & jaunty vibes. In case you want to immerse in the glittering magic of Italian festivals, fill the Italy Visa application form & pay nominal Italy visa fees to get your Italian Schengen Visa.

We have hand-picked a few renowned festivals that you should not miss on your trip to Italy:

1). Carnevale or Mardi Gras(Early March): The Carnevale refers to a grand party that takes place few weeks before Easter & is marked by parades, masquerade balls, entertainment activities & music. Marked by mischief & pranks, kids throw confetti, flour & raw eggs on each other during the festival.

Another alluring feature of this carnival is masks & elaborate costumes that are sold year-round throughout nation & worn by the people during the festival.

Carnevale celebrations are held across Italy; however some of the laudable destinations include Venice, Viareggio & Cento.

2). Festa della Donna (March 8,2019): The vivacious Festa della Donna or International Women’s day is celebrated with great zest all over Italy. The celebrations of this day are marked by the giving & receiving of yellow mimosa flowers by women in Italy. Even men present flowers to the women in their lives (mothers, sisters, wives, daughters) as a sign of love & appreciation.

On this day, various local festivals & concerts are organized while the restaurants serve special Festa della Donna menu. In case you are looking forward to celebrate this special day with someone special, book a seat at the Italian restaurants in advance & get your Italian Schengen Visa materialized.

3). Saint Patrick’s Day (March 17): The celebrations associated with Saint Patrick’s Day are marked with Irish parties & jamborees. This festival is eminent in the Italian cities that have substantial communities of expats from United States & Ireland.

The jollifications of Father’s Day can be relished to the fullest in the capital city of Palermo, Sicily. Sicilians set out tables filled with food & drinks & invite passersby to partake from the bounty willingly. The Feast of san Giuseppe is now marked by helping the people in need & offering them lavish meals. The celebrations further include relish fava beans, dressing up in red clothing, erecting altars & a grand parade. Do not forget to savor luscious street foods on this generous & benevolent occasion.

Italy, the birthplace of the Roman Empire & the Renaissance, is home to the substantial number of UNESCO World Heritage Sites in the world. From intriguing history to high art, from sacred sites to charming villages, from mesmerizing architecture to ancient cities, Italy is blessed with everything that a travel enthusiast desires for. Apart from the masterpieces of art & architecture, Italy is also renowned for phenomenal sceneries, picturesque countryside view, staggering coasts, alpine lakes & mountains.

Venice is one such tourist destination of Italy that is greatly admired for its art & architecture. According to the tourism reports, the city of Venice receives over 60,000 visitors in a day, which surprisingly makes the annual number of visitors vary from 22 million to 30 million. Since the 18th century, Venice has continued to be illustrious for its astounding cityscape, uniqueness, rich musical & artistic cultural heritage. No wonder, people from across the globe are looking for ways to get to this seraphic destination of Italy. In case, you want to discover its spell-binding beauty, use our Italy Visa online services to fill Italy visa application form & apply for Italy Schengen visa.

Here is a list of some of the laudable attractions of Venice that you shouldn’t miss on your visit to Italy:

1. The Grand Canal: For the centuries, the travelers have been enjoying the traditional gondola ride through the canals of Venice. For the city of islands, Venice, canals have been its main streets, connected by a maze of narrow passageways. Lining the canals along the old buildings have remained somewhat unaltered for centuries & added romantic charm to the city.

The Grand Canal is the chief avenue that sweeps across the heart of Venice in a giant reverse S curve & connects Piazza San Marco, Rialto Bridge, the arrival point of the railway station & bridge from the mainland. The best way to adore the palaces of all the leading families, their Venetian Gothic & Early Renaissance facades is by taking a Vaporetto ride along the Grand Canal. A ride along the Grand Canal in a gondola is considered to be one of the most romantic things to do in Venice at night. If you desire to explore the romantic city of Venice, apply for Italy Schengen Visa or Italy Visa UK with our Italy Visa online services.

2. St Mark’s Basilica: St. Mark’s Basilica or the Basilica di San Marco is the culminating jewel of the Piazza San Marco, the famous square of Venice. This colossal church was completely in around 11th century & is eminent for its stunning domes, myriad Byzantine mosaics, bronze Horses of Saint Mark & the treasury of Museo Marciano that contains a staggering collection of early jewels, tapestries & sculptures.

The building is a magnificent work of art & has an intriguing mix of Byzantine architectural styles which showcases Venice’s long trade connections to the East. Other captivating highlights of the vast interior of the church are the mosaics & high altar, covered in jewels & gold. If you desire to indulge in the magic of Italian Art, fill Italy Visa Application Form today to apply for Italy Schengen Visa or Italy Visa UK & head to Piazza San Marco.

3. Doge’s Palace: Another splendid & priceless masterpiece of Italian Art standing next to the Basilica is the Doge’s Palace. This immensely beautiful & gorgeous palace ranks among one of the meritorious & laudable buildings of Venice. It served as a centre of government, the Palace of Justice and the official residence of Doge during the Venetian Republic. Initially, the Palace was a wretched, gloomy wooden fortress with monumental defensive towers. However, the Palace was later converted into a Byzantine-style palace. Currently, the palace is now being used as a museum that showcases sober Venetian Gothic architecture & paintings that were precisely created to decorate the Doge’s Palace initially.

The ravishing art works, iconic beauty, ornamental figures, and beguiling history of the Doge’s Palace set it a class apart & make it one of the major visited tourist attractions of Venice.

Venice is a unique & remarkable traveler’s paradise, known for the beauty of its settings, spell-binding architecture & artwork. Apply for Italy Schengen Visa today & head to this incredible destination.